The word for “MARK” in the Greek Strong’s concordance [number #5480] is charagma. It means engraving, etching, carving and stamping as a badge of servitude. So the “MARK” in Revelation 13 is a literal, real physical device to be implanted into the right hand or forehead.

Pastor Dean Odle addresses the truth of RNA v a c c i n e s and the various ways the mark of the beast could be implemented. Despite the lies spread in media propaganda, an RNA injection could alter human DNA. Do not risk being eternally separated from the Lord Jesus Christ!

[REVELATION 13:15-18]
The second beast was given power to give breath to the image of the first beast, so that the image could speak and cause all who refused to worship the image to be killed.

It also forced all people, great and small, rich and poor, free and slave, to receive a MARK on their right hands or on their foreheads, so that they could not buy or sell unless they had the mark, which is the name of the beast or the number of its name.

This calls for wisdom. Let the person who has insight calculate the number of the beast, for it is the number of a man. That number is 666.

Tagged in bible Dean Odle mark of the beast NWO 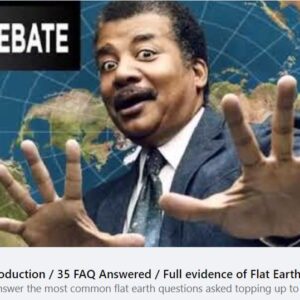